Skip to content
Previous Next
The Foreknowledge of God 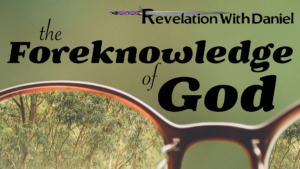 Acts 2:22 Ye men of Israel, hear these words; Jesus of Nazareth, a man approved of God among you by miracles and wonders and signs, which God did by him in the midst of you, as ye yourselves also know:

Acts 2:23 Him, being delivered by the determinate counsel and foreknowledge (Gr: prognosis, 1 of 2 uses) of God, ye have taken, and by wicked hands have crucified and slain:

Acts 2:24 Whom God hath raised up, having loosed the pains of death: because it was not possible that he should be holden of it.

Romans 8:29 For whom he did foreknow, he also did predestinate to be conformed to the image of his Son, that he might be the firstborn among many brethren.

Romans 11:2 God hath not cast away his people which he foreknew. Wot ye not what the scripture saith of Elias? how he maketh intercession to God against Israel, saying,

1 Peter 1:2 Elect according to the foreknowledge (Gr: prognosis, 2 of 2 uses) of God the Father, through sanctification of the Spirit, unto obedience and sprinkling of the blood of Jesus Christ: Grace unto you, and peace, be multiplied.

1 Peter 1:18 Forasmuch as ye know that ye were not redeemed with corruptible things, as silver and gold, from your vain conversation received by tradition from your fathers;

1 Peter 1:19 But with the precious blood of Christ, as of a lamb without blemish and without spot:

1 Peter 1:20 Who verily was foreordained before the foundation of the world, but was manifest in these last times for you,

Acts 1:7 And he said unto them, It is not for you to know the times or the seasons, which the Father hath put in his own power.

Acts 15:18 Known unto God are all his works from the beginning of the world.

Zechariah 6:12 And speak unto him, saying, Thus speaketh the LORD of hosts, saying, Behold the man whose name is The BRANCH; and he shall grow up out of his place, and he shall build the temple of the LORD:

—Why would the Father ask the Son to be in the counsels with Him if the Son already knew all?

Matthew 24:36 But of that day and hour knoweth no man, no, not the angels of heaven, but my Father only.

Mark 13:32 But of that day and that hour knoweth no man, no, not the angels which are in heaven, neither the Son, but the Father.

—“A clear and harmonious explanation of this text was given by those who were looking for the Lord, and the wrong use made of it by their opponents was clearly shown. The words were spoken by Christ in that memorable conversation with His disciples upon Olivet after He had for the last time departed from the temple. The disciples had asked the question: “What shall be the sign of Thy coming, and of the end of the world?” Jesus gave them signs, and said: “When ye shall see all these things, know that it is near, even at the doors.” Verses 3, 33. One saying of the Saviour must not be made to destroy another. Though no man knoweth the day nor the hour of His coming, we are instructed and required to know when it is near.” GC 370.2

—“Verily I say unto you, This generation [the generation that sees the signs] shall not pass, till all these things be fulfilled. Heaven and earth shall pass away, but My words shall not pass away. But of that day and hour knoweth no man, no, not the angels of heaven, but My father only.” Christ stated plainly to His disciples that He Himself could not make known the day and hour of His second appearing. Had he been at liberty to make this time known, what need would there have been for Him to extort them to maintain an attitude of constant expectancy, living and working and waiting as tho each day was, not their own, but the Lord’s, cultivating fidelity, faith, and love, and purifying the soul through the truth?” ST October 6, 1898, par. 6

—“Christ plainly said that he himself could not make known the day or the hour of his second appearing. Had he been at liberty to make this time known, what need would there have been for him to exhort his followers to maintain an attitude of earnest watchfulness, living, working, and waiting as if their time was not their own, but the Lord’s; cultivating fidelity, faith, and love; and purifying the soul through the truth? RH December 27, 1898, par. 8

Christ told his disciples that the time of his coming was involved in secrecy; yet notwithstanding this, there have been and will be those who claim to know when this great event will take place.” RH December 27, 1898, par. 9

“All the heavenly host were summoned to appear before the Father, to have each case determined. Satan unblushingly made known his dissatisfaction that Christ should be preferred before Him. He stood up proudly and urged that he should be equal with God and should be taken into conference with the Father and understand His purposes. God informed Satan, that to His Son alone He would reveal His secret purposes, and He required all the family in heaven, even Satan, to yield Him implicit, unquestioned obedience; but that he [Satan] had proved himself unworthy of a place in heaven. Then Satan exultingly pointed to his sympathizers, comprising nearly one half of all the angels, and exclaimed, “These are with me! Will you expel these also, and make such a void in heaven?” He then declared that he was prepared to resist the authority of Christ and to defend his place in heaven by force of might, strength against strength.” SR 18.1

Genesis 22:6 And Abraham took the wood of the burnt offering, and laid it upon Isaac his son; and he took the fire in his hand, and a knife; and they went both of them together.

Genesis 22:7 And Isaac spake unto Abraham his father, and said, My father: and he said, Here am I, my son. And he said, Behold the fire and the wood: but where is the lamb for a burnt offering?

Genesis 22:8 And Abraham said, My son, God will provide himself a lamb for a burnt offering: so they went both of them together.

Of the Father it is said:

Isaiah 44:6 Thus saith the LORD the King of Israel, and his redeemer the LORD of hosts; I am the first, and I am the last; and beside me there is no God.

Isaiah 44:7 And who, as I, shall call, and shall declare it, and set it in order for me, since I appointed the ancient people? and the things that are coming, and shall come, let them shew unto them.

Isaiah 44:8 Fear ye not, neither be afraid: have not I told thee from that time, and have declared it? ye are even my witnesses. Is there a God beside me? yea, there is no God; I know not any.

Isaiah 45:21 Tell ye, and bring them near; yea, let them take counsel together: who hath declared this from ancient time? who hath told it from that time? have not I the LORD? and there is no God else beside me; a just God and a Saviour; there is none beside me.

Isaiah 45:23 I have sworn by myself, the word is gone out of my mouth in righteousness, and shall not return, That unto me every knee shall bow, every tongue shall swear.

—Hebrews 6:13 For when God made promise to Abraham, because he could swear by no greater, he sware by himself.

Philippians 2:9 Wherefore God also hath highly exalted him, and given him a name which is above every name:

Philippians 2:10 That at the name of Jesus every knee should bow, of things in heaven, and things in earth, and things under the earth;

Philippians 2:11 And that every tongue should confess that Jesus Christ is Lord, to the glory of God the Father.

Isaiah 46:10 Declaring the end from the beginning, and from ancient times the things that are not yet done, saying, My counsel shall stand, and I will do all my pleasure:

Colossians 1:19 For it pleased the Father that in him [His Son] should all fulness dwell.

Daniel 2:28 But there is a God in heaven that revealeth secrets, and maketh known to the king Nebuchadnezzar what shall be in the latter days.

1 Kings 8:23 LORD God of Israel, there is no God like thee, in heaven above, or on earth beneath…

1 Kings 8:39 Then hear thou in heaven thy dwelling place, and forgive, and do, and give to every man according to his ways, whose heart thou knowest; (for thou, even thou only, knowest the hearts of all the children of men😉

Revelation 2:23 And I will kill her children with death; and all the churches shall know that I am he which searcheth (Gr: inquiry, seek, investigate) the reins and hearts: and I will give unto every one of you according to your works.

—The Bible doesn’t say that Christ is the only one that knows the hearts, but that He can read hearts. How? By searching.

John 14:24 He that loveth me not keepeth not my sayings: and the word which ye hear is not mine, but the Father’s which sent me.

“Christ quoted a prophecy which more than a thousand years before had predicted what God’s foreknowledge had seen would be. The prophecies do not shape the characters of the men who fulfill them. Men act out their own free will, either in accordance with a character placed under the molding of God or a character placed under the harsh rule of Satan.” RH November 13, 1900, par. 11 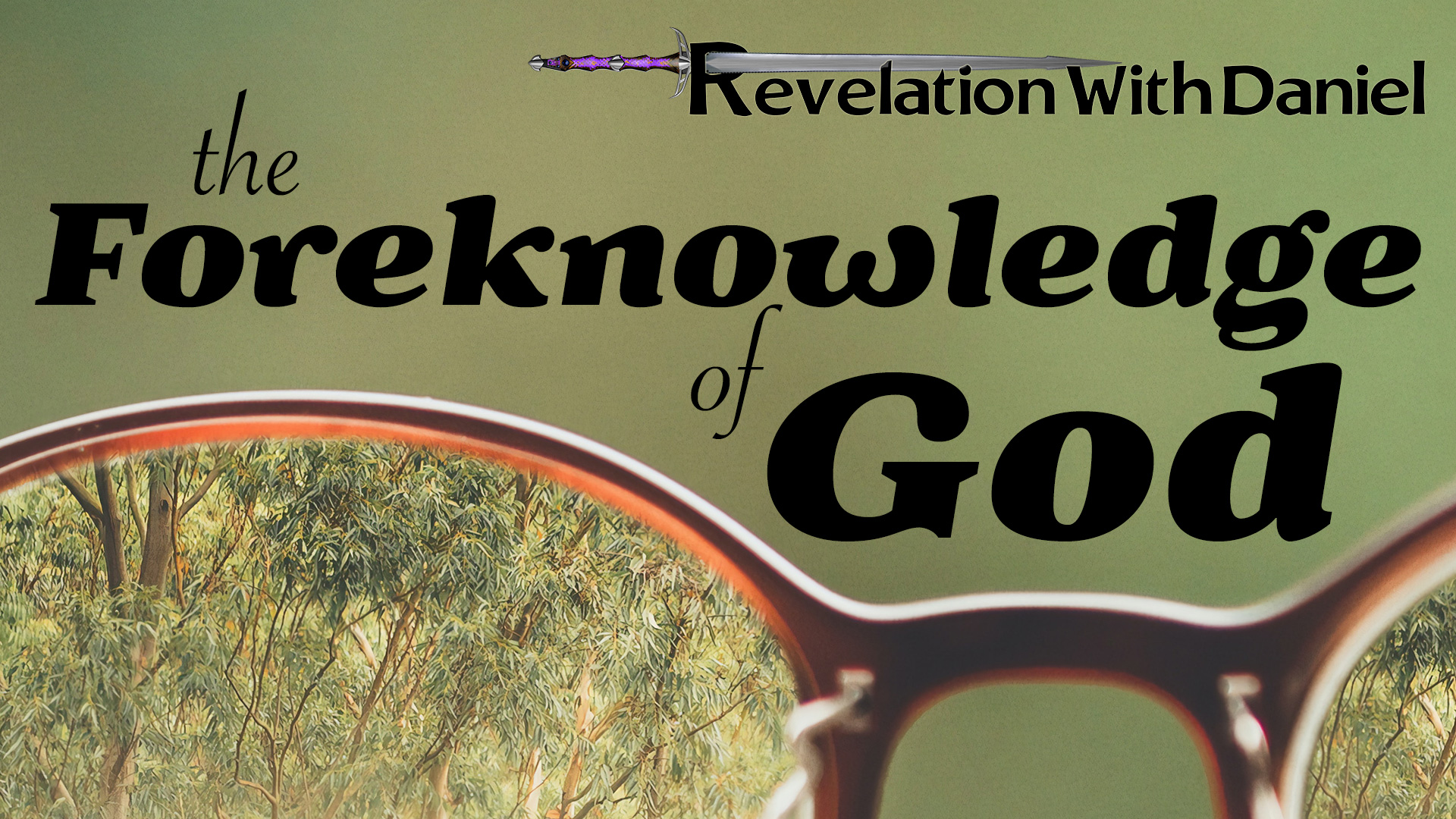