Skip to content
Previous Next
In Him was Life – Original, Unborrowed, Underived 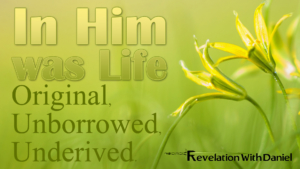 John 14:10-11 – Believest thou not that I am in the Father, and the Father in me? the words that I speak unto you I speak not of myself: but the Father that dwelleth in me, he doeth the works.

John 14:11 Believe me that I am in the Father, and the Father in me: or else believe me for the very works’ sake.

2 Corinthians 5:19 – God was in Christ, reconciling the world unto himself, not imputing their trespasses unto them; and hath committed unto us the word of reconciliation.

(All must understand that God the Father was in Heaven. By being ‘in Christ’ it meant His Father’s will was in Him, the same purposes, character, and motives—His Father’s mind. Consider Philippians 2:5 “Let this mind be in you, which was also in Christ Jesus.”)

John 6:57 – As the living Father hath sent me, and I live by the Father: so he that eateth me, even he shall live by me.

(Eating Christ does not mean that we will be cannibals, but rather, that we would take heed to His Words (as it reads in John 6:63), and we will be submissive to His will.)

John 8:42 – Jesus said unto them, If God were your Father, ye would love me: for I proceeded forth and came from God; neither came I of myself, but he sent me.

John 16:27-30 – For the Father himself loveth you, because ye have loved me, and have believed that I came out from God.

John 16:28 I came forth from the Father, and am come into the world: again, I leave the world, and go to the Father.

John 16:29 His disciples said unto him, Lo, now speakest thou plainly, and speakest no proverb.

John 16:30 Now are we sure that thou knowest all things, and needest not that any man should ask thee: by this we believe that thou camest forth from God.

John 17:8 – For I have given unto them the words which thou gavest me; and they have received them, and have known surely that I came out from thee, and they have believed that thou didst send me.

John 11:25 – Jesus said unto her, I am the resurrection, and the life: he that believeth in me, though he were dead, yet shall he live.

(Notice who resurrects, even in the last day: “Knowing that he which raised up the Lord Jesus shall raise up us also by Jesus, and shall present us with you.” 2 Corinthians 4:14)

1 Timothy 1:17 Now unto the King eternal, immortal, invisible, the only wise God, be honour and glory for ever and ever. Amen.

1 Timothy 6:13-16 – I give thee charge in the sight of God, who quickeneth all things, and before Christ Jesus, who before Pontius Pilate witnessed a good confession;

1 Timothy 6:14 Keep this commandment without spot, unrebukeable, until the appearing of our Lord Jesus Christ:

1 Timothy 6:15 Which in his times he shall shew, who is the blessed and only Potentate, the King of kings, and Lord of lords;

1 Timothy 6:16 Who only hath immortality, dwelling in the light which no man can approach unto; whom no man hath seen, nor can see: to whom be honour and power everlasting. Amen.

Revelation 19:15-16 – And out of his mouth goeth a sharp sword, that with it he should smite the nations: and he shall rule them with a rod of iron: and he treadeth the winepress of the fierceness and wrath of Almighty God.
Revelation 19:16 And he hath on his vesture and on his thigh a name written, KING OF KINGS, AND LORD OF LORDS.

Proverbs 30:4 – Who hath ascended up into heaven, or descended? who hath gathered the wind in his fists? who hath bound the waters in a garment? who hath established all the ends of the earth? what is his name, and what is his son’s name, if thou canst tell?

God brought forth from Adam a rib which later became Eve (Consider that she was morphed from the rib, and then consider Philippians 2:5-7, knowing that “form” was used for Christ while He was in the form of God and in the form of a servant). They were both, entirely and independently of one another, human (just as God the Father and the Son are both the fullness of the Godhead, independent of one another. See Colossians 1:19, 2:9). The Spirit of God was in both Adam and Eve (Just as the “Spirit is IN all the fullness of the Godhead”). They were “little short of being identical” compared to the other creatures around them (as are the Father and Son). For a little more detail, notice the following bullet points:

Ephesians 4:6 One God and Father of all, who is above all, and through all, and in you all.

1 John 5:11 And this is the record, that God hath given to us eternal life, and this life is in his Son.

Matthew 3:17 And lo a voice from heaven, saying, This is my beloved Son, in whom I am well pleased.

1 John 2:23 Whosoever denieth the Son, the same hath not the Father

“‘In him was life; and the life was the light of men’. It is not physical life that is here specified, but immortality, the life which is exclusively the property of God. The Word, who was with God, and who was God, had this life. Physical life is something which each individual receives. It is not eternal or immortal; for God, the lifegiver, takes it again. Man has no control over his life. But the life of Christ was unborrowed. No one can take this life from him. “I lay it down of myself”, he said. In him was life, original, unborrowed, underived. This life is not inherent in man. He can possess it only through Christ. He cannot earn it; it is given him as a free gift if he will believe in Christ as His personal Saviour. “This is life eternal, that they might know thee, the only true God, and Jesus Christ, whom thou hast sent”. This is the open fountain of life for the world.” ST April 8, 1897, par. 2 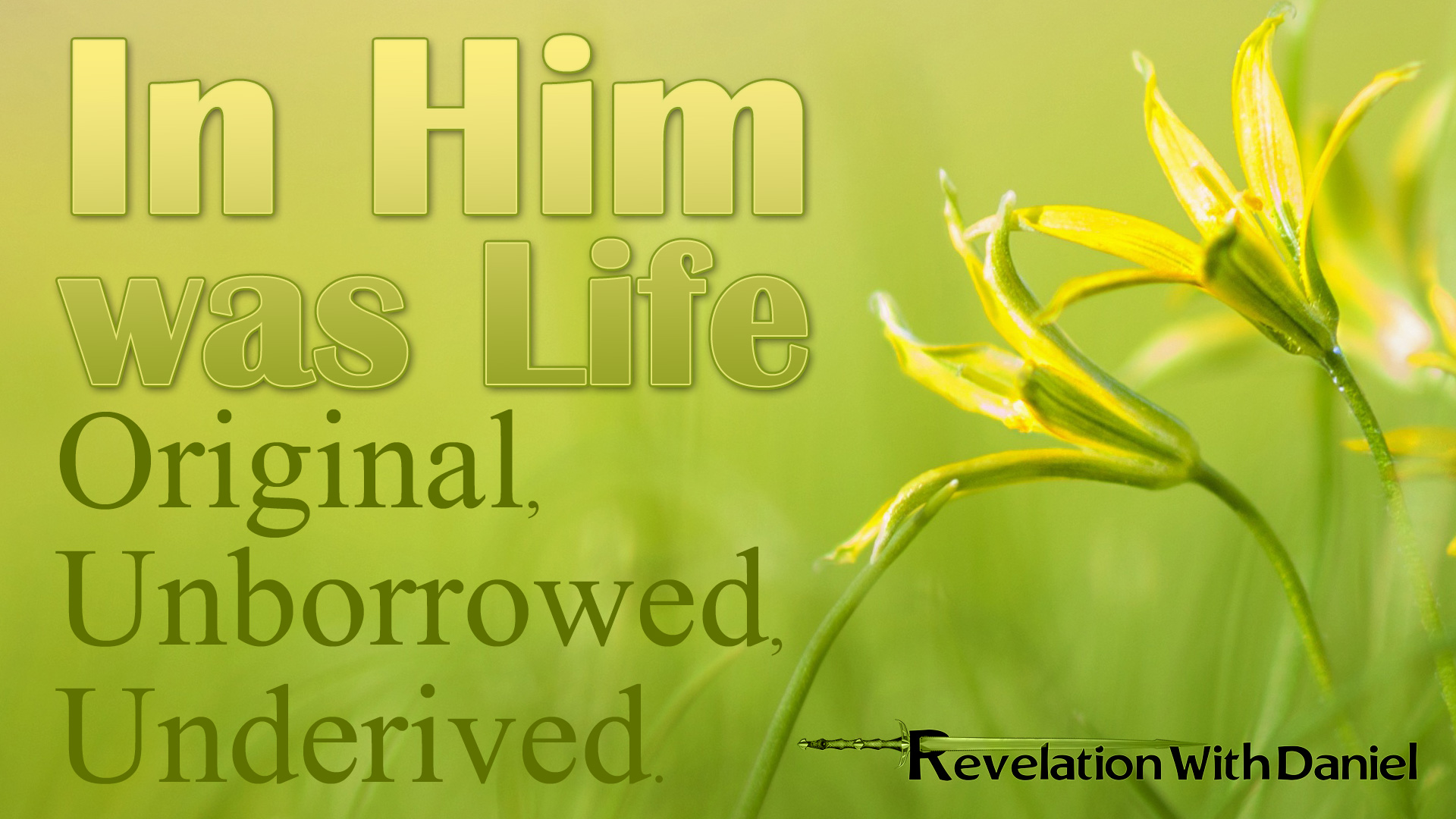