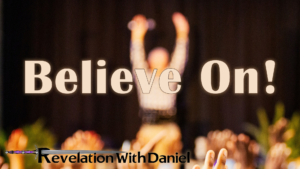 John 9:35-36 Jesus heard that they had cast him out; and when he had found him, he said unto him, Dost thou believe on the Son of God? 36 He answered and said, Who is he, Lord, that I might believe on him?

John 11:48 If we let him thus alone, all men will believe on him: and the Romans shall come

and take away both our place and nation.

John 17:20 Neither pray I for these alone, but for them also which shall believe on me through their word;

Acts 16:31 And they said, Believe on the Lord Jesus Christ, and thou shalt be saved, and thy house.

Acts 19:4 Then said Paul, John verily baptized with the baptism of repentance, saying unto the people, that they should believe on him which should come after him, that is, on Christ Jesus.

Romans 4:24 But for us also, to whom it shall be imputed, if we believe on him that raised up Jesus our Lord from the dead;

Philippians 1:29 For unto you it is given in the behalf of Christ, not only to believe on him, but also to suffer for his sake;

1 Timothy 1:16 Howbeit for this cause I obtained mercy, that in me first Jesus Christ might shew forth all longsuffering, for a pattern to them which should hereafter believe on him to life everlasting.

1 John 3:23 And this is his commandment, That we should believe on the name of his Son Jesus Christ, and love one another, as he gave us commandment.

Why are we never—even a single time—called on by God’s Word to “believe on” the Holy Spirit? Here’s a brief reason why… While referring to Christ, Paul wrote:

Ephesians 1:13 In whom ye also trusted, after that ye heard the word of truth, the gospel of your salvation: in whom also after that ye believed, ye were sealed with that holy Spirit of promise.

John the Baptist, in preparation for the coming Messiah (Jesus Christ), had a specific message:

Matthew 3:11 I indeed baptize you with water unto repentance: but he that cometh after me is mightier than I, whose shoes I am not worthy to bear: he shall baptize you with the Holy Ghost, and with fire. (A similar message can be found in Luke 3:16.)

Part of the reason the Bible doesn’t ask us to believe on the Spirit is found in the following texts. Here are every time the Greek word for the “Comforter” is used. The word is “paraklētos.” Each time the word is used it is always used by the same author, John the beloved. Notice the last time John penned that Greek word and please find the name given to the paraklētos:

John 14:16 And I will pray the Father, and he shall give you another Comforter, that he may abide with you for ever;

John 14:26 But the Comforter, which is the Holy Ghost, whom the Father will send in my name, he shall teach you all things, and bring all things to your remembrance, whatsoever I have said unto you.

John 16:7 Nevertheless I tell you the truth; It is expedient for you that I go away: for if I go not away, the Comforter will not come unto you; but if I depart, I will send him unto you.

1 John 2:1 My little children, these things write I unto you, that ye sin not. And if any man sin, we have an advocate with the Father, Jesus Christ the righteous:

Galatians 4:6 Because ye are sons, God hath sent forth the Spirit of his Son into your hearts, crying, Abba, Father.

The following verses contain every time the KJV uses the phrase “believeth on.”

John 5:24 Verily, verily, I say unto you, He that heareth my word, and believeth on him that sent me, hath everlasting life, and shall not come into condemnation; but is passed from death unto life.

John 6:40 And this is the will of him that sent me, that every one which seeth the Son, and believeth on him, may have everlasting life: and I will raise him up at the last day.

John 6:47 Verily, verily, I say unto you, He that believeth on me hath everlasting life.

John 7:38 He that believeth on me, as the scripture hath said, out of his belly shall flow rivers of living water.

John 12:44 Jesus cried and said, He that believeth on me, believeth not on me, but on him that sent me.

John 12:46 I am come a light into the world, that whosoever believeth on me should not abide in darkness.

John 14:12 Verily, verily, I say unto you, He that believeth on me, the works that I do shall he do also; and greater works than these shall he do; because I go unto my Father.

Romans 4:5 But to him that worketh not, but believeth on him that justifieth the ungodly, his faith is counted for righteousness.

Romans 9:33 As it is written, Behold, I lay in Sion a stumblingstone and rock of offence: and whosoever believeth on him shall not be ashamed.

Romans 10:11 For the scripture saith, Whosoever believeth on him shall not be ashamed.

1 Peter 2:6 Wherefore also it is contained in the scripture, Behold, I lay in Sion a chief corner stone, elect, precious: and he that believeth on him shall not be confounded.

The following verses contain every time the KJV uses the phrase “believe in.”

2 Kings 17:14 Notwithstanding they would not hear, but hardened their necks, like to the neck of their fathers, that did not believe in the LORD their God.

2 Chronicles 20:20 And they rose early in the morning, and went forth into the wilderness of Tekoa: and as they went forth, Jehoshaphat stood and said, Hear me, O Judah, and ye inhabitants of Jerusalem; Believe in the LORD your God, so shall ye be established; believe his prophets, so shall ye prosper.

Matthew 18:6 But whoso shall offend one of these little ones which believe in me, it were better for him that a millstone were hanged about his neck, and that he were drowned in the depth of the sea.

Mark 9:42 And whosoever shall offend one of these little ones that believe in me, it is better for him that a millstone were hanged about his neck, and he were cast into the sea.

Mark 16:17 And these signs shall follow them that believe; In my name shall they cast out devils; they shall speak with new tongues;

John 7:5 For neither did his brethren believe in him.

John 12:36 While ye have light, believe in the light, that ye may be the children of light. These things spake Jesus, and departed, and did hide himself from them.

John 14:1 Let not your heart be troubled: ye believe in God, believe also in me.

Romans 10:9 That if thou shalt confess with thy mouth the Lord Jesus, and shalt believe in thine heart that God hath raised him from the dead, thou shalt be saved.

Romans 15:31 That I may be delivered from them that do not believe in Judaea; and that my service which I have for Jerusalem may be accepted of the saints;

1 Thessalonians 1:7 So that ye were ensamples to all that believe in Macedonia and Achaia.

The following verses contain every time the KJV uses the phrase “believeth in.”

John 3:15 That whosoever believeth in him should not perish, but have eternal life.

John 3:16 For God so loved the world, that he gave his only begotten Son, that whosoever believeth in him should not perish, but have everlasting life.

John 11:25 Jesus said unto her, I am the resurrection, and the life: he that believeth in me, though he were dead, yet shall he live:

John 11:26 And whosoever liveth and believeth in me shall never die. Believest thou this?

Acts 10:43 To him give all the prophets witness, that through his name whosoever believeth in him shall receive remission of sins.

Romans 3:26 To declare, I say, at this time his righteousness: that he might be just, and the justifier of him which believeth in Jesus. 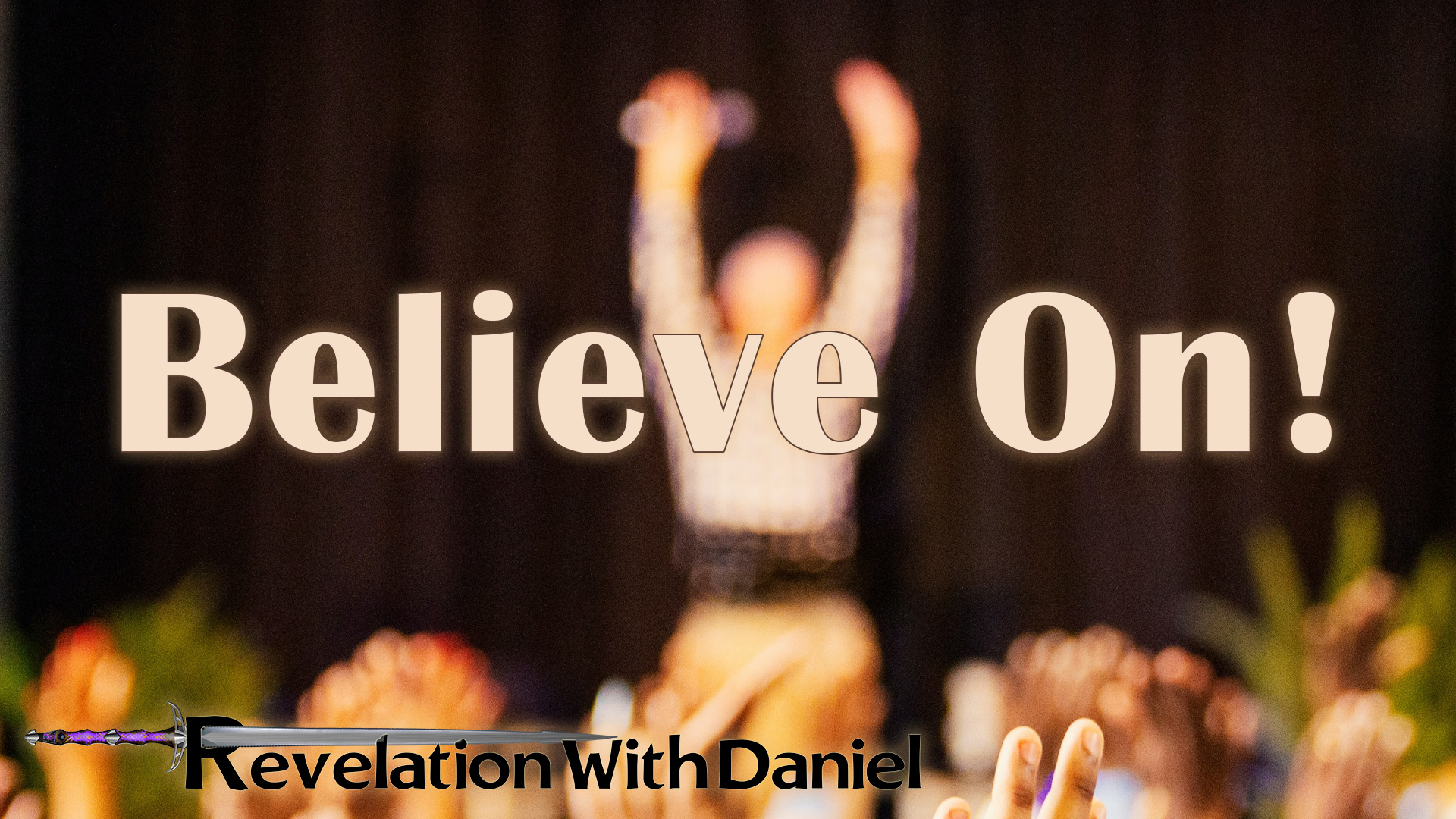