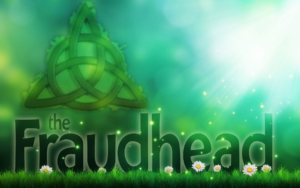 The enemy, as a created son of God, was not allowed into the counsel of peace between the Father and His only begotten Son, so he has created the ideology on this earth that there were three in the counsel of peace, which he has named the trinity, the triunity (tri-unity), the god that is three persons in one, or one god in three persons. We can see his tactics as described in the following texts below–right in the heart of the end time book of Revelation. In the breakdown of what I call the “fraudhead,” we have the chronological placement of the false ‘father’ (the dragon, being first), the ‘son’ (the beast, coming second), and the ‘spirit’ (the false prophet, sent third)—interpreted as well as Rome, the Papacy, and America.

Anybody who knows and understands the three angels` messages are supposed to proclaim them to the world, whereby others will be able to see the true character, government, and purposes of God the Father, the Son, and the Holy Spirit (the agencies of Heaven) working to save mankind.

The enemy had caused nearly all of God’s people during the time of Christ’s incarnation to follow him in breaking the first of the Ten Commandments, “I am the LORD thy God, which have brought thee out of the land of Egypt, out of the house of bondage. 3 Thou shalt have no other gods before me” (Exodus 20:2-3). Satan had led God’s people to believe they were still in a good relationship with their Creator because they were outwardly honoring the weekly Sabbath, but in reality, God’s people had the right day but the wrong god. We know that to be true because they rejected God’s dear Son, and the Bible teaches, “Who is a liar but he that denieth that Jesus is the Christ? He is antichrist, that denieth the Father and the Son. 23 Whosoever denieth the Son, the same hath not the Father” (1 John 2:22-23).

Let’s honor God by accepting the truth of His being the Father of His Son while gifting the “Spirit of His Son” (Galatians 4:6) so we can be victorious with Christ in our lives, as God’s Son was victorious in His life.

“I am crucified with Christ: nevertheless I live; yet not I, but Christ liveth in me: and the life which I now live in the flesh I live by the faith of the Son of God, who loved me, and gave himself for me” (Galatians 2:20).