Skip to content
Previous Next
The Sanctuary, the Cross, and the Third Angels` Message

The Mercy Seat in the Most Holy Place

Exodus 25:17 And thou shalt make a mercy seat of pure gold: two cubits and a half shall be the length thereof, and a cubit and a half the breadth thereof.

Exodus 25:18 And thou shalt make two cherubims of gold, of beaten work shalt thou make them, in the two ends of the mercy seat.

Exodus 25:22 And there I will meet with thee, and I will commune with thee from above the mercy seat, from between the two cherubims which are upon the ark of the testimony, of all things which I will give thee in commandment unto the children of Israel.

A Word for Mercy Seat in the New Testament

Romans 3:25 Whom God hath set forth to be a propitiation through faith in his blood, to declare his righteousness for the remission of sins that are past, through the forbearance of God;

Hebrews 9:5 And over it the cherubims of glory shadowing the mercyseat; of which we cannot now speak particularly.

“The most exalted of the angel throng, they were the two who had come to the tomb at Christ’s resurrection, and they had been with Him throughout His life on earth” (DA 832.1).

Because the two angels were in the sanctuary “covering” the mercy seat, which represents Jesus Christ, it shows that the angels were always keeping Christ under the shadow of the Almighty.

The Cross in Psalm 18

Psalms 18:4 The sorrows of death compassed me [Christ], and the floods of ungodly men made me [Christ] afraid.

Psalms 18:7 Then the earth shook and trembled; the foundations also of the hills moved and were shaken, because he [the Father] was wroth.

Psalms 18:9 He [the Father] bowed the heavens also, and came down: and darkness was under his [the Father’s] feet.

Psalms 104:3 Who layeth the beams of his chambers in the waters: who maketh the clouds his chariot: who walketh upon the wings of the wind.

Psalms 68:17 The chariots of God are twenty thousand, even thousands of angels: the Lord is among them, as in Sinai, in the holy place.

What was at Sinai?

Exodus 19:16 And it came to pass on the third day in the morning, that there were thunders and lightnings, and a thick cloud upon the mount, and the voice of the trumpet exceeding loud; so that all the people that was in the camp trembled.

The Cross on Calvary

Matthew 27:45 Now from the sixth hour there was darkness over all the land unto the ninth hour.

Just as it is in the most holy place of the sanctuary, just as it was during the time of the cross, it is in the third angels` message: God the Father, the holy angels, the Lamb of God.

A lot of people are interested in the Father and His Son, yet God is doing what He can to reveal how He works for His people at the end of time:

“While Satan has been urging his accusations, holy angels, unseen, have been passing to and fro, placing upon the faithful ones the seal of the living God” (PK 591.2).

The seal is the Father’s name, and being a Father He must have a Son. So, again, the Father, the angels, and the Son are working together for our salvation! 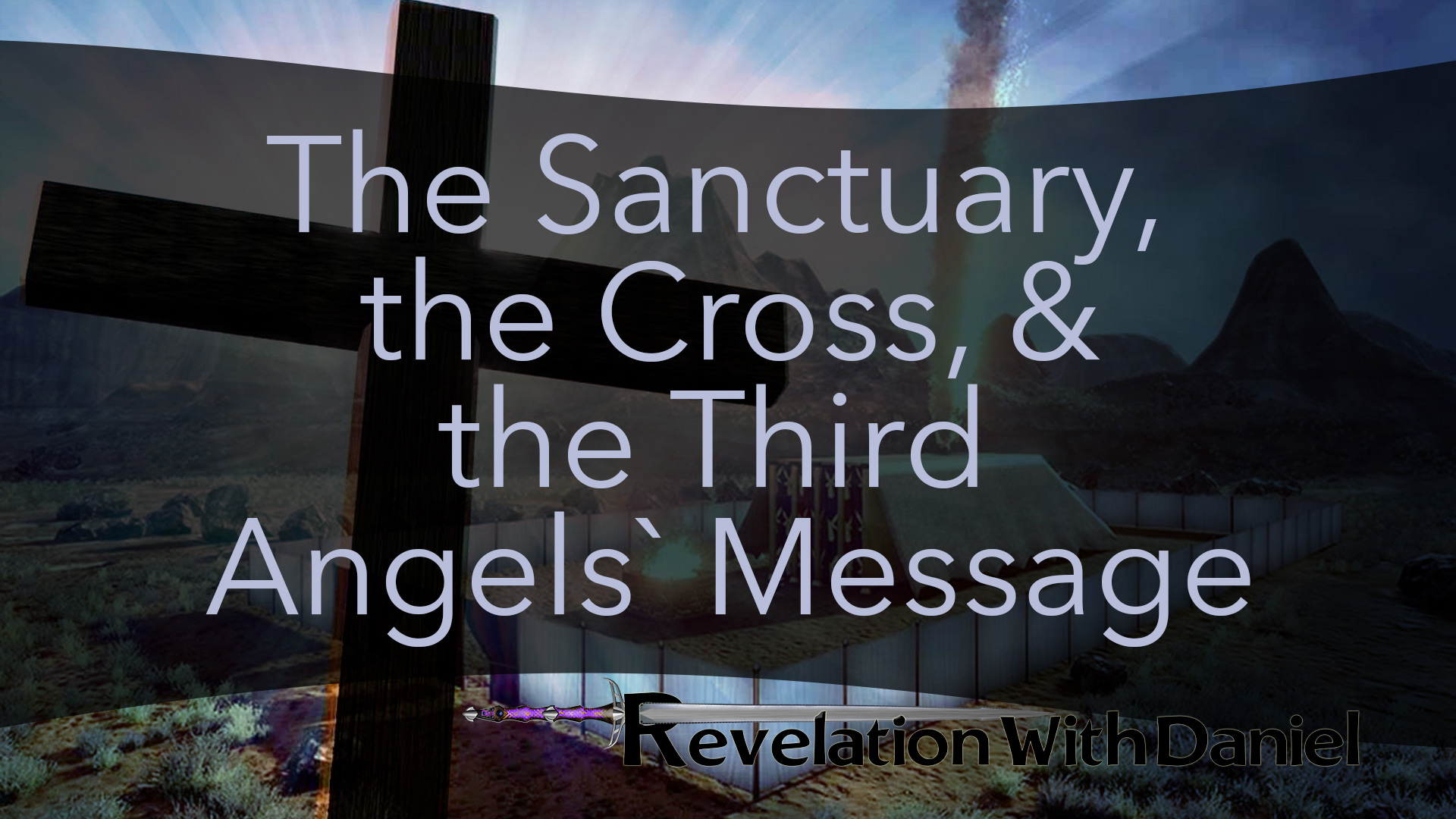