Skip to content
Previous Next
Churches, Seals, and Trumpets All Historic 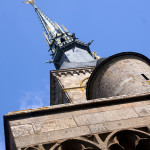 Thank you for asking about how the seven churches of Revelation 2-3 can be part of the historic view of the Christian faith starting with the time of Christ and going through to the second coming of Christ. I’ll just say that I’ll be part of this conversation, not the final answer.

There are three sevens in the sequences of the churches, seals and trumpets:

There are pictures of Christ in ministry before each of the sevens:

From what seems to be an obvious layout of symbols representing history to the present, we can see that the churches illustrate the history of the Christian church from the time Jesus was on the earth till the time He comes again in glory—after the pre-advent judgment.

The seals can be seen similarly, as you can read in 6:1 that the Lamb is the One who opens the first seal. How was he pictured just a few verses previously? As a “Lamb as it had been slain” (Rev. 5:6). How is He pictured during the sixth seal of 6:14-17? As a Lamb coming the second time. Obviously, time has passed between the first and the sixth seals.

The trumpets can be seen in the same way mainly from this quote from the book, The Great Controversy, page 334-335:

“In the year 1840, another remarkable fulfillment of prophecy excited widespread interest. Two years before, Josiah Litch, one of the leading ministers preaching the second advent, published an exposition of Revelation 9, predicting the fall of the Ottoman empire, and specifying not only the year but the very day on which this would take place. According to this exposition, which was purely a matter of calculation on the prophetic periods of Scripture, the Turkish government would surrender its independence on the eleventh day of August, 1840. The prediction was widely published, and thousands watched the course of events with eager interest. At the very time specified, Turkey, through her ambassadors, accepted the protection of the allied powers of Europe, and thus placed herself under the control of Christian nations. The event exactly fulfilled the prediction. When it became known, multitudes were convinced of the correctness of the principles of prophetic interpretation adopted by Miller and his associates, and a wonderful impetus was given to the Advent movement. Men of learning and position united with Miller, both in preaching and publishing his views, and from 1840 to 1844 the work rapidly extended.”

Basically, toward the end of the trumpets, God’s messenger was able to place the fulfillment of the sixth trumpet right along with the outplay of history. I can take that to the bank. So, the first through the fifth trumpets must have been before the 1840s, while the seventh is during the time of the judgment when “the ark of His testament” is seen “in heaven” (11:19)—just before the coming of Christ.

They must therefore be telling a similar story, as they are laid out the same on purpose—that was not a random happenstance.

The book of Revelation is laid out that way, I believe, showing how we ought to understand it.

Keep studying and we will grow together until we meet under the tree of life!