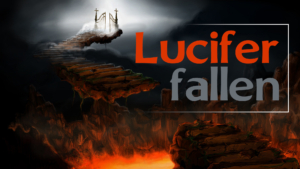 Ezekiel 28:12 Son of man, take up a lamentation upon the king of Tyrus, and say unto him, Thus saith the Lord GOD; Thou sealest up the sum, full of wisdom, and perfect in beauty.

Ezekiel 28:13 Thou hast been in Eden the garden of God; every precious stone was thy covering, the sardius, topaz, and the diamond, the beryl, the onyx, and the jasper, the sapphire, the emerald, and the carbuncle, and gold: the workmanship of thy tabrets and of thy pipes was prepared in thee in the day that thou wast created.

Ezekiel 28:14 Thou art the anointed cherub that covereth; and I have set thee so: thou wast upon the holy mountain of God; thou hast walked up and down in the midst of the stones of fire.

Ezekiel 28:15 Thou wast perfect in thy ways from the day that thou wast created, till iniquity was found in thee.

“Lucifer in heaven, before his rebellion, was a high and exalted angel, next in honor to God’s dear Son.” SR 13.1

“Sin originated with him who, next to Christ, had been most honored of God and who stood highest in power and glory among the inhabitants of heaven.” GC 493.3

“Sin entered the world by the defection of one who stood at the head of the holy angels. What was it that wrought so great a change, transforming a royal, honored subject into an apostate? The answer is given, ‘Thy heart was lifted up because of thy beauty; thou hast corrupted thy wisdom by reason of thy brightness.’ Had not the Lord made the covering cherub so beautiful, so closely resembling his own image; had not God awarded him special honor; had anything been left undone in the gift of beauty and power and honor, then Satan might have had some excuse…” GCDB March 2, 1897, par. 33

Isaiah 14:12 How art thou fallen from heaven, O Lucifer, son of the morning! how art thou cut down to the ground, which didst weaken the nations!

Isaiah 14:13 For thou hast said in thine heart, I will ascend into heaven, I will exalt my throne above the stars of God: I will sit also upon the mount of the congregation, in the sides of the north:

Isaiah 14:14 I will ascend above the heights of the clouds; I will be like the most High.

Isaiah 14:15 Yet thou shalt be brought down to hell, to the sides of the pit.

John 14:28 Ye have heard how I said unto you, I go away, and come again unto you. If ye loved me, ye would rejoice, because I said, I go unto the Father: for my Father is greater than I.

“The reason why the churches are weak and sickly and ready to die, is that the enemy has brought influences of a discouraging nature to bear upon trembling souls. He has sought to shut Jesus from their view as the Comforter, as one who reproves, who warns, who admonishes them, saying, “This is the way, walk ye in it.” Christ has all power in heaven and in earth, and he can strengthen the wavering, and set right the erring. He can inspire with confidence, with hope in God; and confidence in God always results in creating confidence in one another.” 1888 696.1

James 2:19 Thou believest that there is one God; thou doest well: the devils also believe, and tremble.

John 17:3 And this is life eternal, that they might know thee the only true God, and Jesus Christ, whom thou hast sent.

Jude 1:9 Yet Michael the archangel, when contending with the devil he disputed about the body of Moses, durst not bring against him a railing accusation, but said, The Lord rebuke thee.

1 Thessalonians 4:16 For the Lord himself shall descend from heaven with a shout, with the voice of the archangel, and with the trump of God: and the dead in Christ shall rise first:

1 Thessalonians 4:17 Then we which are alive and remain shall be caught up together with them in the clouds, to meet the Lord in the air: and so shall we ever be with the Lord.

1 Thessalonians 4:18 Wherefore comfort one another with these words.

Revelation 12:8 And prevailed not; neither was their place found any more in heaven.

Revelation 12:9 And the great dragon was cast out, that old serpent, called the Devil, and Satan, which deceiveth the whole world: he was cast out into the earth, and his angels were cast out with him.

Zechariah 6:11 Then take silver and gold, and make crowns, and set them upon the head of Joshua the son of Josedech, the high priest;

Zechariah 6:12 And speak unto him, saying, Thus speaketh the LORD of hosts, saying, Behold the man whose name is The BRANCH; and he shall grow up out of his place, and he shall build the temple of the LORD:

“Christ the Word, the Only Begotten of God, was one with the eternal Father,—one in nature, in character, and in purpose,—the only being in all the universe that could enter into all the counsels and purposes of God.”  GC 493.1

2 Samuel 14:25 But in all Israel there was none to be so much praised as Absalom for his beauty: from the sole of his foot even to the crown of his head there was no blemish in him.

2 Samuel 15:1 It came to pass after this, that Absalom prepared him chariots and horses, and fifty men to run before him.

2 Samuel 15:2 And Absalom rose up early, and stood beside the way of the gate: and it was so, that when any man that had a controversy came to the king for judgment, then Absalom called unto him, and said, Of what city art thou? And he said, Thy servant is of one of the tribes of Israel.

2 Samuel 15:3 And Absalom said unto him, See, thy matters are good and right; but there is no man deputed of the king to hear thee.

2 Samuel 15:4 Absalom said moreover, Oh that I were made judge in the land, that every man which hath any suit or cause might come unto me, and I would do him justice!

2 Samuel 15:5 And it was so, that when any man came nigh to him to do him obeisance, he put forth his hand, and took him, and kissed him.

2 Samuel 15:6 And on this manner did Absalom to all Israel that came to the king for judgment: so Absalom stole the hearts of the men of Israel.

Revelation 13:3 All the world wondered after the beast…

“Angels were expelled from heaven because they would not work in harmony with God. They fell from their high estate because they wanted to be exalted. They had come to exalt themselves, and they forgot that their beauty of person and of character came from the Lord Jesus. This fact the angels would obscure, that Christ was the only begotten Son of God, and they came to consider that they were not to consult Christ. One angel began the controversy and carried it on until there was rebellion in the heavenly courts among the angels. They were lifted up because of their beauty.” Lt42-1910.3

John 17:3 This is life eternal, that they might know thee the only true God, and Jesus Christ, whom thou hast sent.

“Satan works through the elements also to garner his harvest of unprepared souls. He has studied the secrets of the laboratories of nature, and he uses all his power to control the elements as far as God allows. When he was suffered to afflict Job, how quickly flocks and herds, servants, houses, children, were swept away, one trouble succeeding another as in a moment. It is God that shields His creatures and hedges them in from the power of the destroyer. But the Christian world have shown contempt for the law of Jehovah; and the Lord will do just what He has declared that He would—He will withdraw His blessings from the earth and remove His protecting care from those who are rebelling against His law and teaching and forcing others to do the same. Satan has control of all whom God does not especially guard. He will favor and prosper some in order to further his own designs, and he will bring trouble upon others and lead men to believe that it is God who is afflicting them. GC 589.2

While appearing to the children of men as a great physician who can heal all their maladies, he will bring disease and disaster, until populous cities are reduced to ruin and desolation. Even now he is at work. In accidents and calamities by sea and by land, in great conflagrations, in fierce tornadoes and terrific hailstorms, in tempests, floods, cyclones, tidal waves, and earthquakes, in every place and in a thousand forms, Satan is exercising his power. He sweeps away the ripening harvest, and famine and distress follow. He imparts to the air a deadly taint, and thousands perish by the pestilence. These visitations are to become more and more frequent and disastrous. Destruction will be upon both man and beast. “The earth mourneth and fadeth away,” “the haughty people … do languish. The earth also is defiled under the inhabitants thereof; because they have transgressed the laws, changed the ordinance, broken the everlasting covenant.” Isaiah 24:4, 5. GC 589.3

And then the great deceiver will persuade men that those who serve God are causing these evils. GC 590.1 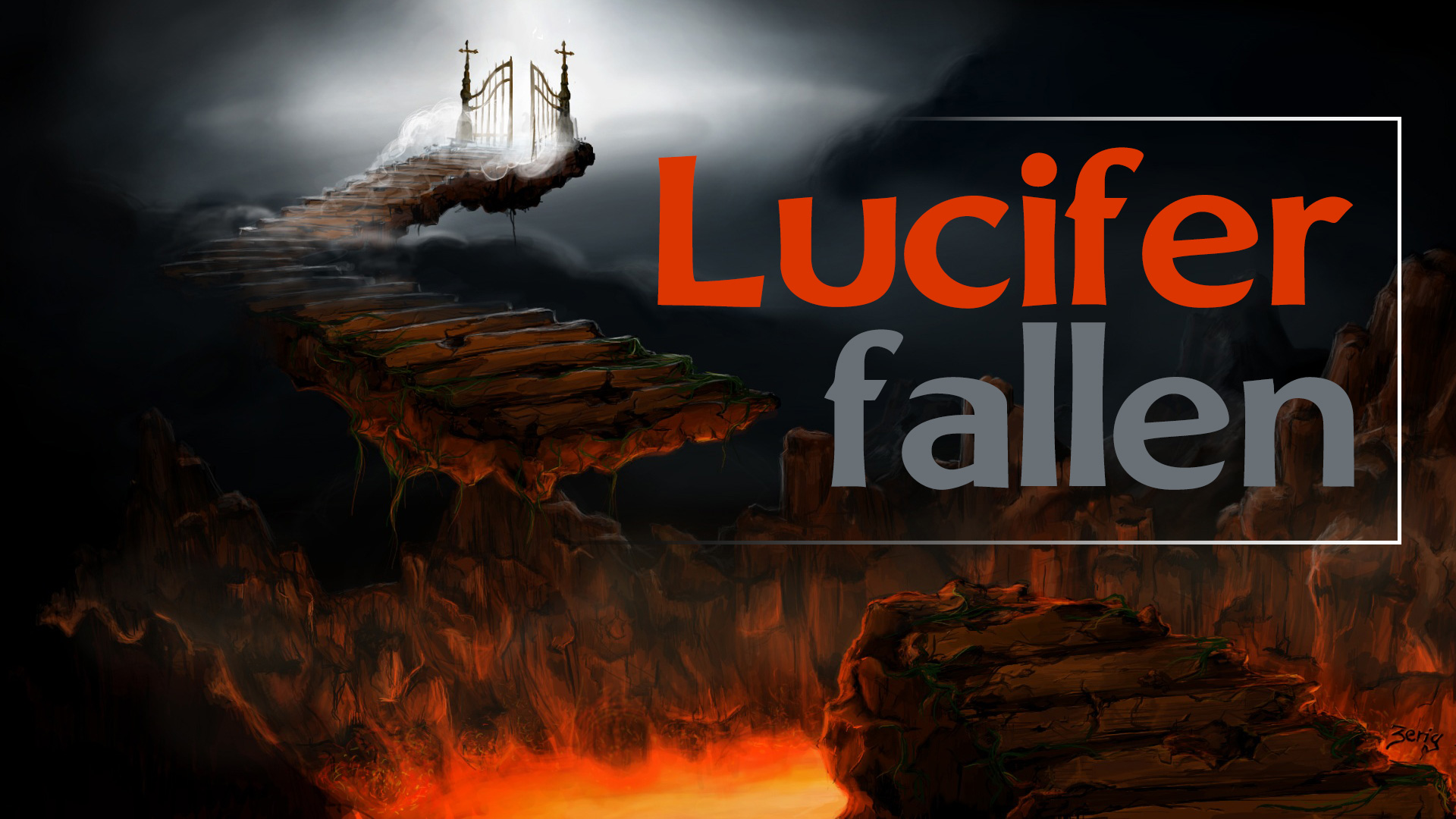