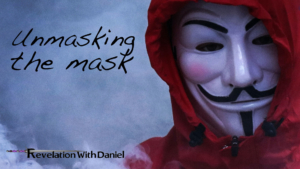 Several years ago it was part of my job to be involved with the control of Tuberculosis within the State of California.  Over the course of my job, I have given literally thousands of tests for TB.  In addition the State sent me on several occasions for advanced training at the Francis J. Curry National Tuberculosis Center in San Francisco.  While there we learned that TB is caused by a tiny bacteria and that an infected person can cough it out and transmit it to an uninfected person by having the victim simply breath in the same air they breath out.  TB finds its way through the air in tiny 0.5 micron particles that can remain suspended in the air for hours, floating along like dust moats.  To counteract this, the responsible practitioner wears an N-95 mask that is named such because it filters out 95% of the particles floating in the air.

These masks must be fit tested for each one who wears them.  Typically this means donning the mask that matches your face size, securing it tightly, and donning a hood.  Next saccharin is aerosolized into the hood and if a deep breath results in a sweet taste in the mouth, the mask is a failure and must be either exchanged for a different size or have the fit adjusted.  Mask wearers who have facial hair might fail every time.  Additionally masks are known as negative air pressure devices, they protect the wearer from what is being breathed in, they do not protect others if the mask wearer is coughing because during coughing fits, contaminated air is typically ejected out the sides of the mask.

When treating patients who are TB positive, by wearing masks and interacting with the patients within a negative air pressure respiratory isolation room, exposure is thereby limited.  These special rooms have filters and air moving fans that must circulate a minimum number of cubic feet of air through the filter and they vary with room size.  For example a phone booth sized room with lower cubic feet would not need as big a fan as a larger room in order to obtain the minimum number of air exchanges through the filter.  When working in rooms where negative air pressure cannot be maintained, such as in homeless shelters, the air is circulated through an ultraviolet lighted chamber so that the bacteria can be killed.  What about wearing masks outdoors? Well the volume of air is many orders of magnitude greater outdoors than in.  While I might be able to share the same air in a phone booth, outdoors the chances of breathing in a bacteria that someone else just breathed out is almost totally impossible.  Additionally the UV light outdoors kills the TB bacteria quickly.  TB is a disease spread indoors.

What does effective TB measures tell us of the current Covid pandemic?  We know that sunlight kills the virus quickly as well, just like TB, so outdoors is the most healthy environment.  We know that the virus is many times smaller than the TB bacteria.  If the TB bacteria can float in the room for hours like a dust mote, the virus would likely be able to do the same if not longer.  Particulate size may or may not be the same size, and could very likely be smaller making an N-95 mask very risky.  An N-100 that filters 100% would be the order of the day.  Measures such as hanging sheets of plexiglass in the air at checkout stands, forcing patrons to walk certain directions on each isle, staying 6 feet apart, or wearing homemade un-fit tested masks are completely lacking in any kind of scientific testing that I am aware of.  Just because a person calls themselves a scientist and dreams up such measures, does not mean any actual science went into testing whether such measures are effective at preventing transmission or if they are in reality simply unproven ideas foisted on a terrified and gullible public and reinforced with threats for any who dare question whether they make any sense.

As I survey the ongoing crisis, it begins to resemble an experiment in mass control of the public.  What it reveals so far is that with enough fear and force, the public can be made to do anything that is desired, including giving up their most cherished freedoms and willingly subjecting their families and communities with an unbelievable and unnecessary economic catastrophe.

The original goal was to prevent the collapse of the healthcare system, but by removing the economic engine of elective surgeries that pay for the whole system, they have in many cases caused or are about to cause the very collapse that they were allegedly attempting to prevent.

Since no vaccine exists for this virus, the chances of actually stopping this virus depend entirely on herd immunity, the phenomena whereby there are enough healthy people with antibodies as a result of surviving previous exposures to act as buffers between newly infected individuals and those who have not yet been exposed.  The end result is that this buffering effect slows the spread of the virus until either it dwindles for other reasons such as changing whether making transmission harder, or by suffering mutations that render it less infectious.  This has happened before in outbreaks and may occur with this one as well.  Will there ever be a vaccine against this virus?  RNA viruses are particularly difficult to get vaccines for.  We have a flu vaccine every year, but that is rarely fully effective if ever.  Other illnesses such as HIV have been the target for vaccine manufacturers for decades now without yet seeing any success.  Finally the political games being played are too numerous to list and that is quite telling on its own.

The question that comes to mind for Christians is will man be successful in preventing the pestilence predicted in prophecy?  My Bible does not give any hope in man, only in divine protection.  Are we to go along with goofy and illogical orders from authorities as they strip from us our liberty?  I happen to live now in Tennessee, the “buckle of the Bible Belt” and watching the faithful not go to church merely because the government told them not to while simultaneously keeping liquor stores open has been perhaps the most surprising thing of all.  But scripture admonishes us in Romans 12:18 (KJV)

“If it be possible, as much as lieth in you, live peaceably with all men.” We are told that we “wrestle not agains flesh and blood” and our focus is to be on Christ at all times.  If we keep our eyes fixed on Him we can live peaceably and safely for the stormy times ahead.   At the same time the fear of this virus may yet be the catalyst for some turning to Christ and we need to be ready to answer the call for missionary workers.