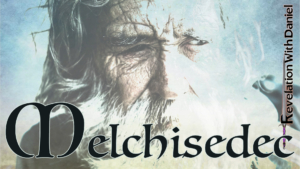 Notice, the Bible says he was the “king” and “the priest,” not the son of God, nor the spirit of God—and being a king and priest, he must have been a man. If, as the king of Salem (meaning peace), he brought “bread and wine” which were symbolic of the forthcoming life and death of the Son of God, could he not also be symbolic of that same ministry? EGW says, “Melchisedec was not Christ, but he was the voice of God in the world, the representative of the Father” {RH February 18, 1890, par. 10}. If she says that Melchisedec was not Christ, but she said, “We want the Holy Spirit, which is Jesus Christ” (Lt66-1894.18), then we should also be able to conclude that Melchisedec was not the Holy Spirit (see Galatians 4:6).

Psalms 110:4 The LORD hath sworn, and will not repent, Thou art a priest for ever after the order of Melchizedek.

Where did the order of Melchizedek come from? He was a one man ‘order’ according to the Biblical record. Was he a Levite? No, the order of Melchizedek was before Levi, just as Christ, a one Man order from the tribe of Juda, was to be after Levi. Notice Hebrews 7:14-16, “It is evident that our Lord sprang out of Juda; of which tribe Moses spake nothing concerning priesthood. 15 And it is yet far more evident: for that after the similitude of Melchisedec there ariseth another priest, 16 Who is made, not after the law of a carnal commandment, but after the power of an endless life.”

Hebrews 5:5 So also Christ glorified not himself to be made an high priest; but he that said unto him, Thou art my Son, to day have I begotten thee.

Hebrews 5:6 As he saith also in another place, Thou art a priest for ever after the order of Melchisedec.

The priesthood of Melchisedec is applied directly to Christ by Paul in Hebrews. Christ, just as Melchisedec, did not place Himself in the position of priest in that order, but was ordained by the Father to fulfill that role—both as representatives of the Father in their distinctive time periods.

Hebrews 5:8 Though he were a Son, yet learned he obedience by the things which he suffered;

Hebrews 5:9 And being made perfect, he became the author of eternal salvation unto all them that obey him;

Hebrews 5:10 ¶ Called of God an high priest after the order of Melchisedec.

Hebrews 5:11 Of whom we have many things to say, and hard to be uttered [also translated “described,” Romans 4:6], seeing ye are dull of hearing.

Even Paul admitted that Christ’s order of priesthood was hard to describe. I suppose that’s why he dealt with it at length later in the same letter.

Hebrews 6:19 Which hope we have as an anchor of the soul, both sure and stedfast, and which entereth into that within the veil;

Hebrews 6:20 Whither the forerunner is for us entered, even Jesus, made an high priest for ever after the order of Melchisedec.

Notice, it is “after [can also be translated, “down (in place or time)” or “after the manner of”] the order,” not in the order. Christ’s priesthood is different in that it is endless, forever, eternal from the inauguration, which occurred after the cross.

Hebrews 7:2 To whom also Abraham gave a tenth part of all [just as Christ receives tithes as well]; first being by interpretation King of righteousness, and after that also King of Salem, which is, King of peace;

This looks like a symbolic connection made between Melchisedec and Christ for the sake of establishing Christ as a King/Priest of the new ‘order’ of One.

These Greek phrases, with only one use, refer specifically to the unrecorded paternity, maternity, and/or birth record of Melchisedec. The same could be said of Christ (in a sense), as the Son of God. He had no earthly father, had no Heavenly mother, and there are no earthly records that give us the specifics of His first birth, though we know it was in the ‘days of eternity’ that He was brought forth from the Father (Micah 5:2, margin). He said numerous times that He had a Heavenly Father, and we know He had an earthly mother. To use this text to prove Christ was not begotten would contradict a slew of other opposing verses. Paul was so bold as to say that we are part of the “church of the firstborn” (Hebrews 12:23). (Born, not created.)

Hebrews 7:4 Now consider how great this man was, [He was a “man” which had a father and a mother, therefore we cannot conclude that the above verse is speaking about Melchisedec being a man other than one who has no record of family lineage.] unto whom even the patriarch Abraham gave the tenth of the spoils.

Hebrews 7:5 And verily they that are of the sons of Levi, who receive the office of the priesthood, have a commandment to take tithes of the people according to the law, that is, of their brethren, though they come out of the loins of Abraham:

Here Paul is saying that though all the brothers of Levi originated and came from Abraham—the same father—they were all commanded to pay tithe to Levi, their brother. In the same way, Jesus is just as human as we are, but we return our tithes to Him, as our priest.

Hebrews 7:6 But he whose descent is not counted from them received tithes of Abraham, and blessed him that had the promises.

In the same way, “He whose descent is not” from Levi receives tithes and blesses us who have the exceeding great and precious promises!

Hebrews 7:7 And without all contradiction the less [Abraham] is blessed of the better [Melchisedec].

Hebrews 7:8 And here men that die receive tithes [like Melchisedec and the priests of Levi]; but there he [Melchisedec representing Christ] receiveth them, of whom it is witnessed that he [Christ] liveth. [If this is speaking of Melchisedec that is still living, where is the “witness?” Where’s the proof that would give Paul so much confidence to write this? On the other hand, there were many who witnessed that Christ is living.]

Hebrews 7:9 And as I may so say, Levi also [less than his father], who receiveth tithes, payed tithes in Abraham [less than Melchisedec].

Hebrews 7:10 For he was yet in the loins of his father, when Melchisedec [the better, yet still less than and representative of Christ] met him.

Hebrews 7:12 For the priesthood being changed [from Melchisedec to Levi to Christ], there is made of necessity a change also of the law [from the old to the new covenant].

Hebrews 7:13 For he of whom these things are spoken pertaineth to another tribe, of which no man gave attendance at the altar.

Hebrews 7:14 For it is evident that our Lord sprang out of Juda; of which tribe Moses spake nothing concerning priesthood.

Hebrews 7:15 And it is yet far more evident: for that after the similitude of Melchisedec there ariseth another priest,

Hebrews 7:16 Who is made, not after the law of a carnal commandment [Levi], but after the power of an endless life.

This is where it is important, as stated above, that Melchisedec had no father or mother to speak of in his missing birth record. On paper, he had an endless life.

Hebrews 7:17 For he testifieth, Thou art a priest for ever after the order of Melchisedec.

Hebrews 7:18 For there is verily a disannulling of the commandment going before [pertaining to Levi] for the weakness and unprofitableness thereof.

Hebrews 7:19 For the law made nothing perfect, but the bringing in of a better hope did [the priesthood of Christ]; by the which we draw nigh unto God [see John 14:6].

Hebrews 7:20 And inasmuch as not without an oath he was made priest:

Hebrews 7:21 (For those priests were made without an oath; but this with an oath by him that said unto him, The Lord sware and will not repent, Thou art a priest for ever after the order of Melchisedec🙂

Hebrews 7:22 By so much was Jesus made a surety of a better testament.

Hebrews 7:23 And they truly were many priests, because they were not suffered to continue by reason of death:

Hebrews 7:24 But this man [not men, including Melchisedec], because he continueth ever, hath an unchangeable priesthood.

Hebrews 7:25 Wherefore he is able also to save them to the uttermost that come unto God by him, seeing he ever liveth to make intercession for them.

These words could not be said of Melchisedec who was just a type of Christ’s better ministry which would follow after.

Hebrews 7:26 For such an high priest became us, who is holy, harmless, undefiled, separate from sinners, and made higher than the heavens;

Hebrews 7:27 Who needeth not daily, as those high priests, to offer up sacrifice, first for his own sins, and then for the people’s: for this he did once, when he offered up himself [did Melchisedec offer up himself?].

Hebrews 7:28 For the law maketh men high priests which have infirmity; but the word of the oath, which was since the law, maketh the Son, who is consecrated for evermore. 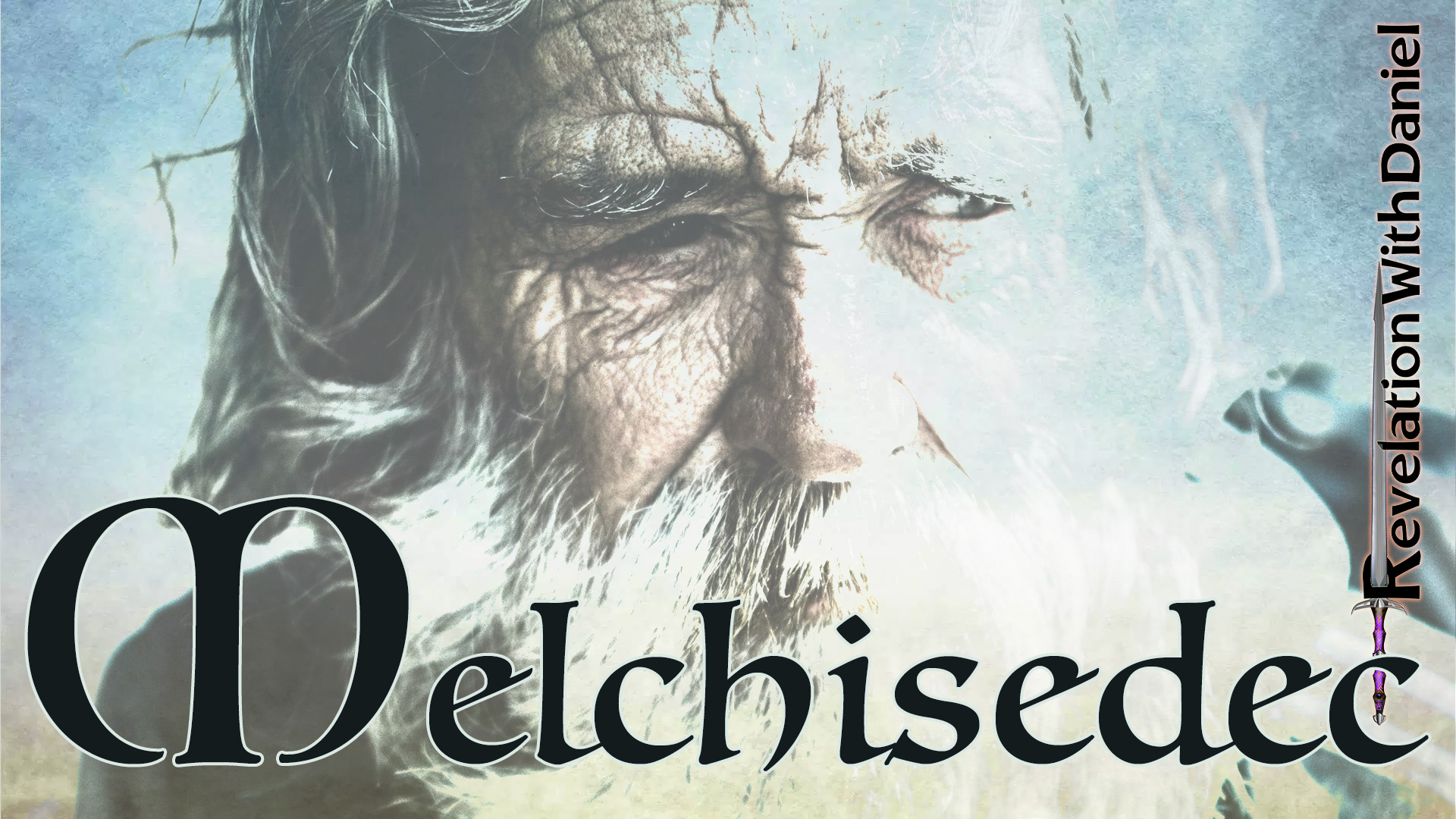