Skip to content
Previous Next
Once Saved, Always Saved 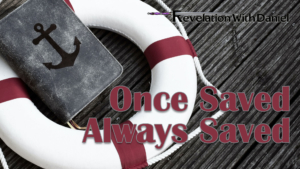 Ezekiel 33:18-20 – When the righteous turneth from his righteousness, and committeth iniquity, he shall even die thereby. I will judge you every one after his ways… The judgment is a major reason why it is impossible for once saved, always saved, to be true. We will be judged according to our works.

God and Christ wants every soul to be saved, they do not take pleasure in the death of the wicked (see 2 Peter 3:9 and Ezekiel 33:11). If we are lost it is because of our own choosing–our own walking away from salvation offered to all.

Matthew 12:43-45 – When the unclean spirit is gone out of a man, he walketh through dry places, seeking rest, and findeth none. Then he saith, I will return into my house from whence I came out; and when he is come, he findeth it empty, swept, and garnished. Then goeth he, and taketh with himself seven other spirits more wicked than himself, and they enter in and dwell there: and the last state of that man is worse than the first. Even so shall it be also unto this wicked generation.

Matthew 24:13 – He that shall endure unto the end, the same shall be saved. He that does not endure won’t be saved…

1 Corinthians 10:12 – Let him that thinketh he standeth take heed lest he fall.

Philippians 3:17-19 – Brethren, be followers together of me, and mark them which walk so as ye have us for an ensample. (For many walk, of whom I have told you often, and now tell you even weeping, that they are the enemies of the cross of Christ: whose end is destruction…).

1 Timothy 1:5 – Now the end of the commandment is charity out of a pure heart, and of a good conscience, and of faith unfeigned: from which [charity…pure heart…good conscience…faith…] some having swerved have turned aside unto vain jangling.

1 Timothy 1:19-20 – Holding faith, and a good conscience; which some having put away concerning faith have made shipwreck: Of whom is Hymenaeus and Alexander; whom I have delivered unto Satan, that they may learn not to blaspheme.

This is a bishop, or a church official. There is a great possibility that he may fall into the condemnation…reproach…and the snare of the devil. Will a man that has fallen thus be let into Heaven? Absolutely not, or the devil himself would have to be let back in.

1 Timothy 4:1 – Now the Spirit speaketh expressly, [outspokenly or distinctly, (Greek)] that in the latter times some shall depart from the faith, giving heed to seducing spirits, and doctrines of devils.

No man that departs from the faith (he must have had saving faith in order to depart from it) will be allowed into Heaven. Let us not depart from the faith but rather earnestly contend for the faith which was once delivered unto the saints! (Jude 1:3)

1 Timothy 5:12 – Having damnation, because they have cast off their first faith.

Revelation 2:4-5 states that it is possible also for us to leave our first love. To get away from the first love involves being fallen. If we do not repent, Christ will remove our candlestick out of his place. What does the candlestick have to do with? The candlestick seems to be our zeal to be Christ’s witnesses. To be true witnesses for Christ we must first eat the flesh of the Son of man, and drink His blood (John 6:53). If we do not do this we have no Life in us, and we would then be worthless as His servants.

Does the literal flesh of the Son of man give us life? If so, where do we get it? What saith the Lord? John 6:63, “It is the spirit that quickeneth; the flesh profiteth nothing: the words that I speak unto you, they are Spirit, and they are Life.” We MUST spend quality time in Bible study, prayer, and witnessing, if we wish to be separate from those that cast off their first faith. May God help us all!

1 Timothy 5:15 – For some are already turned aside after Satan.

If these had turned aside after Satan then they must have been previously with Christ, as there is no in-between. (Notice Matthew 12:30, He that is not with me is against me; and he that gathereth not with me scattereth abroad.).

1 Timothy 6:10 – For the love of money is the root of all evil: which while some coveted after, [see Deuteronomy 5:21, Exodus 20:17] they have erred from the faith, and pierced themselves through with many sorrows.

Remember, Paul only knew of one faith (Ephesians 4:5).

1 Timothy 6:20-21 – O Timothy, keep [do not let go of] that which is committed to thy trust, [the ministry] avoiding profane and vain babblings, and oppositions of science falsely so called: Which some professing have erred concerning the faith. Grace be with thee. Amen.

2 Timothy 2:17-18 – Their word will eat as doth a canker: of whom is Hymenaeus [possibly the same man as in 1 Timothy 1:20] and Philetus; Who concerning the truth have erred, saying that the resurrection is past already; and overthrow the faith of some.

May it never be said of us… ONLY by the grace of our Lord will we be able to stand in the evil day.

Notice that in Philemon 1:24, Demas was a fellowlabourer.

2 Timothy 4:10 – For Demas hath forsaken me, having loved this present world.

See 1 John 2:15. The name Demas in the Greek means Popular. What a lesson for us all…

Hebrews 6:4-6 – For it is impossible for those who were once enlightened, and have tasted of the heavenly gift, and were made partakers of the Holy Ghost, and have tasted the good Word of God, and the powers of the world to come, If they shall fall away, to renew them again unto repentance; seeing they crucify to themselves the Son of God afresh, and put Him to an open shame.

These people must have been converted, by the language that is used to describe their condition. Some say that if you depart from the faith, it means that you were not saved to begin with… this is a fallacy. The Scriptures are plain.

2 Peter 2:20-21 – For if after they have escaped the pollutions of the world through the knowledge of the Lord and Saviour Jesus Christ, [See John 17:3] they are again entangled therein, and overcome, the latter end is worse with them than the beginning. For it had been better for them not to have known the way of righteousness, than, after they have known it, to turn from the holy commandment delivered unto them.

Jude 1:5-6 – I will therefore put you in remembrance, though ye once knew this, how that the Lord, having saved the people out of the land of Egypt, afterward destroyed them that believed not. And the angels which kept not their first estate, but left their own habitation, he hath reserved in everlasting chains under darkness unto the judgment of the great day.

Matthew 7:21-23 – Not every one that saith unto me, Lord, Lord, shall enter into the kingdom of heaven; [Who are they that call Christ Lord? Christians!] but he that doeth the will of my Father which is in heaven. Many will say to me in that day, Lord, Lord, have we not prophesied in thy name? And in thy name have cast out devils? and in thy name done many wonderful works? And then will I profess unto them, I never knew you: depart from me, ye that work iniquity (again, John 17:3).

The only way that any of us will ever get to Heaven is if we reject our works, with our inabilities, and accept Christ’s Spirit in our hearts with His abilities. He has promised everything to us!

Hebrews 7:25 – He is able also to save them to the uttermost that come unto God by Him…

Would a God of love arbitrarily save us and then MAKE us go to Heaven? Even against our will?

If God accepted just anybody into Heaven then we would have to conclude that God would have to allow Satan himself back into the kingdom. True, a relationship with Christ and the Father is eternal life, but it also depends on what kind of relationship. Satan has a relationship with God – he hates Him. Satan also believes the truth that there is one God (and he believes He has a Son) and trembles, but he will never be let back into Heaven (see James 2:19).

A good friend of mine was transformed into a well-respected Christian in southern California when I too became a Christian. He was my studying partner, we prayed together, gave each other encouragements, and finally were baptized together. Sadly, he was not willing to be thoroughly converted. There were still a couple of things that he kept back for himself; today he is back in the world, having lost his first love. The good Lord would take him back at any time, but in his condition today he is not in a saving relationship with God Almighty and His Son (see Galatians 5:19-21).

“For we must all appear before the judgment seat of Christ, that each one may be recompensed for his deeds in the body, according to what he has done, whether good or bad” (2 Corinthians 5:10).

If you were charged with being a Christian, would there be enough evidence to prove it true? 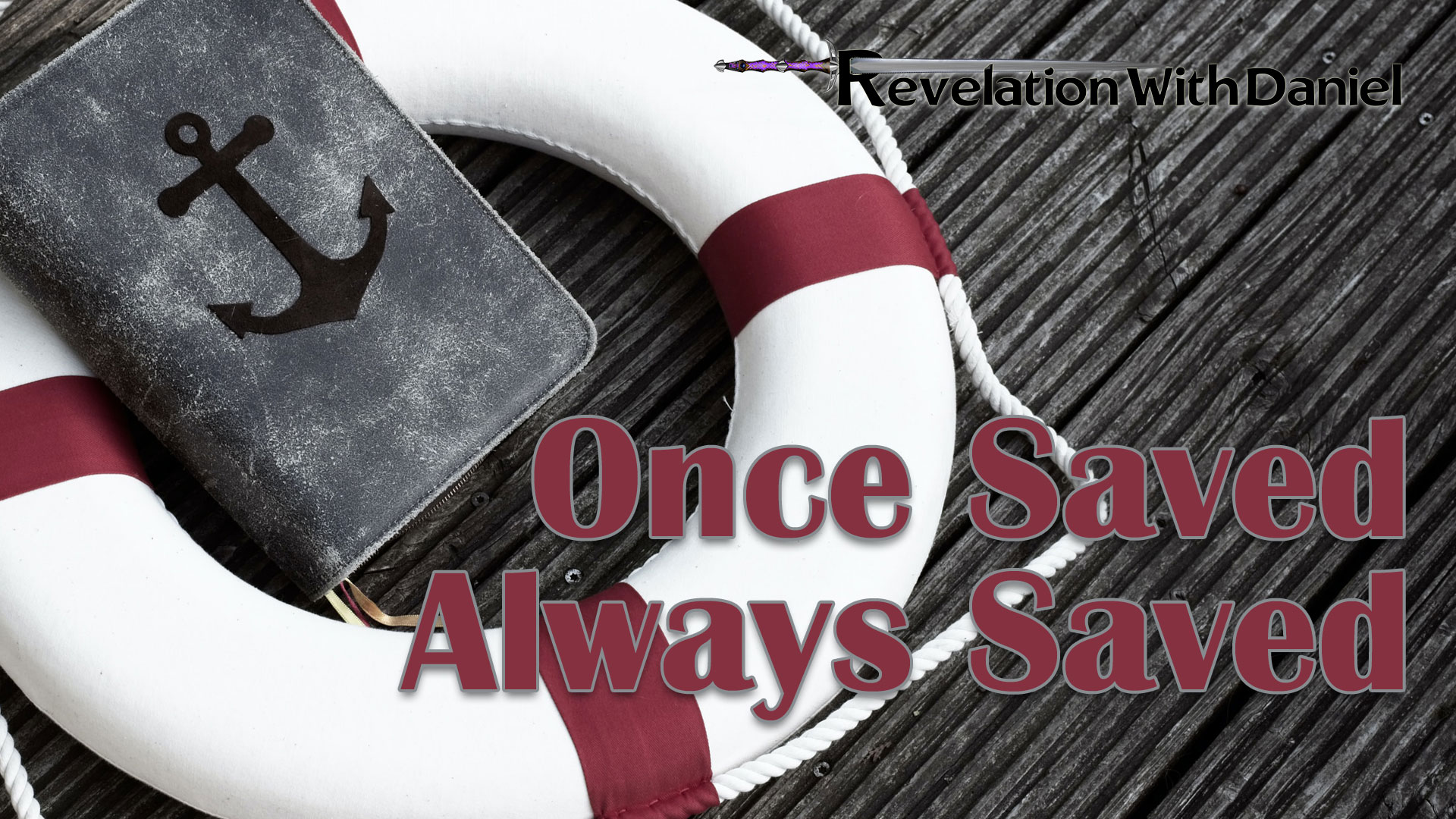