Skip to content
Previous Next
The Latter (Ladder) Rain

Deuteronomy 11:14 That I will give you the rain of your land in his due season, the first rain and the latter rain, that thou mayest gather in thy corn, and thy wine, and thine oil.

Job 29:23 And they waited for me as for the rain; and they opened their mouth wide as for the latter rain.

Proverbs 16:15 In the light of the king’s countenance is life; and his favour is as a cloud of the latter rain.

Jeremiah 3:3 Therefore the showers have been withholden, and there hath been no latter rain; and thou hadst a whore’s forehead, thou refusedst to be ashamed.

Jeremiah 5:24 Neither say they in their heart, Let us now fear the LORD our God, that giveth rain, both the former and the latter, in his season: he reserveth unto us the appointed weeks of the harvest.

Hosea 6:3 Then shall we know, if we follow on to know the LORD: his going forth is prepared as the morning; and he shall come unto us as the rain, as the latter and former rain unto the earth.

Joel 2:23 Be glad then, ye children of Zion, and rejoice in the LORD your God: for he hath given you the former rain moderately, and he will cause to come down for you the rain, the former rain, and the latter rain in the first month.

Zechariah 10:1 Ask ye of the LORD rain in the time of the latter rain; so the LORD shall make bright clouds, and give them showers of rain, to every one grass in the field.

James 5:7 Be patient [Revelation 14:12?] therefore, brethren, unto the coming of the Lord. Behold, the husbandman waiteth for the precious fruit of the earth, and hath long patience for it, until he receive the early and latter rain.

Deuteronomy 32:1 Give ear, O ye heavens, and I will speak; and hear, O earth, the words of my mouth.

Deuteronomy 32:2 My doctrine shall drop as the rain, my speech shall distil as the dew, as the small rain upon the tender herb, and as the showers upon the grass:

Deuteronomy 32:3 Because I will publish the name of the LORD: ascribe ye greatness unto our God.

Acts 2:1 When the day of Pentecost was fully come, they were all with one accord in one place.

Acts 2:2 And suddenly there came a sound from heaven as of a rushing mighty wind, and it filled all the house where they were sitting.

Acts 2:3 And there appeared unto them cloven tongues like as of fire, and it sat upon each of them.

Ezekiel 1 and 10 mentions wings quite a bit – making various noises.

Psalms 104:3 Who layeth the beams of his chambers in the waters: who maketh the clouds his chariot: who walketh upon the wings of the wind:

Psalms 104:4 Who maketh his angels spirits; his ministers a flaming fire.

Psalms 68:17 The chariots of God are twenty thousand, even thousands of angels: the Lord is among them, as in Sinai, in the holy place.

Hebrews 1:7 And of the angels he saith, Who maketh his angels spirits, and his ministers a flame of fire.

Hebrews 1:14 Are they not all ministering spirits, sent forth to minister [aid, teach(er), serve, office(iate)] for them who shall be heirs of salvation?

Exodus 24:18 And Moses went into the midst of the cloud, and gat him up into the mount: and Moses was in the mount forty days and forty nights.

Galatians 3:19 Wherefore then serveth the law? It was added because of transgressions, till the seed should come to whom the promise was made; and it was ordained [appoint, command, give, (set in) order] by angels in the hand of a mediator.

Rain, by God’s design, comes with the clouds…

Zechariah 4:6 Then he answered and spake unto me, saying, This is the word of the LORD unto Zerubbabel, saying, Not by might, nor by power, but by my spirit, saith the LORD of hosts.

Daniel 8:13 Then I heard one saint speaking [Christ], and another saint [Gabriel] said unto that certain saint [Christ] which spake, How long shall be the vision concerning the daily sacrifice, and the transgression of desolation, to give both the sanctuary and the host to be trodden under foot?

Daniel 8:14 And he [Gabriel] said unto me, Unto two thousand and three hundred days; then shall the sanctuary be cleansed.

Daniel 8:15 ¶ And it came to pass, when I, even I Daniel, had seen the vision, and sought for the meaning, then, behold, there stood before me as the appearance of a man [Christ].

Daniel 8:16 And I heard a man’s voice [Christ’s] between the banks of Ulai, which called, and said, Gabriel, make this man [Daniel] to understand the vision.

Zechariah 4:9 The hands of Zerubbabel have laid the foundation of this house; his hands shall also finish it; and thou shalt know that the LORD of hosts hath sent me unto you.

Zechariah 4:10 For who hath despised the day of small things? for they shall rejoice, and shall see the plummet in the hand of Zerubbabel with those seven; they are the eyes of the LORD, which run to and fro through the whole earth.

Zechariah 4:11 ¶ Then answered I, and said unto him, What are these two olive trees upon the right side of the candlestick and upon the left side thereof?

Zechariah 4:12 And I answered again, and said unto him, What be these two olive branches which through the two golden pipes empty the golden oil out of themselves?

Zechariah 4:13 And he answered me and said, Knowest thou not what these be? And I said, No, my lord.

Zechariah 4:14 Then said he, These are the two anointed ones, that stand by the Lord of the whole earth.

Zechariah 10:1 Ask ye of the LORD rain in the time of the latter rain; so the LORD shall make bright clouds, and give them showers of rain, to every one grass in the field.

Genesis 28:12 And he dreamed, and behold a ladder set up on the earth, and the top of it reached to heaven: and behold the angels of God ascending and descending on it.

Genesis 28:13 And, behold, the LORD stood above it, and said, I am the LORD God of Abraham thy father, and the God of Isaac: the land whereon thou liest, to thee will I give it, and to thy seed; 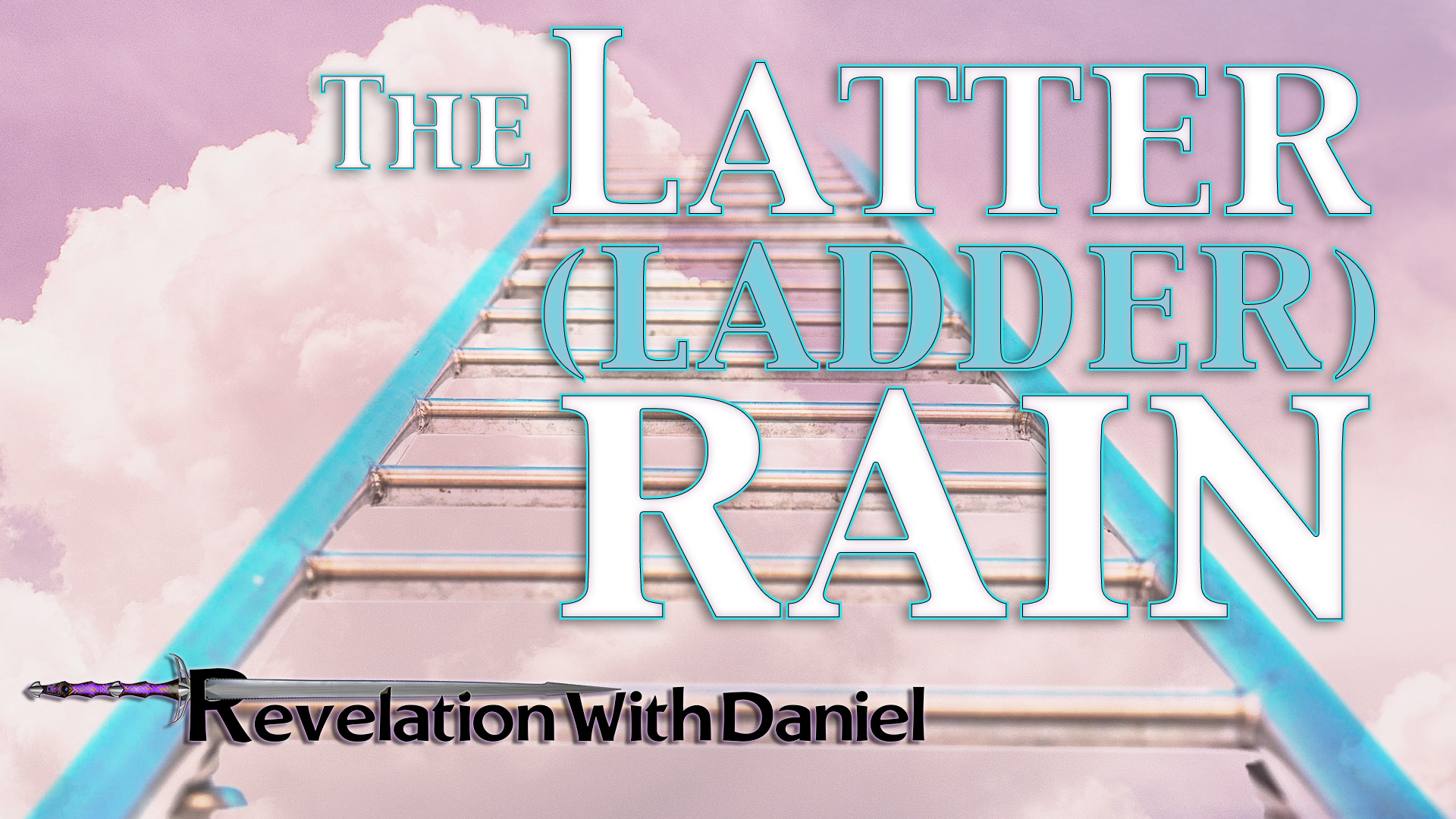