Skip to content
Previous Next
Angels Studies with Daniel Mesa 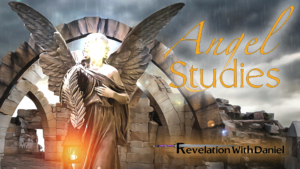 Here are a few studies on the angels, and there may be more to come. =)

“In the Word of God are represented two contending parties that influence and control human agencies in our world. Constantly these parties are working with every human being. Those who are under God’s control and who are influenced by the heavenly angels will be able to discern the crafty workings of the unseen powers of darkness. Those who desire to be in harmony with the heavenly agencies should be intensely in earnest to do God’s will. They must give no place whatever to Satan and his angels.” 18LtMs, Ms 95, 1903, par. 9